Nose Picking! Not for the faint hearted adult. 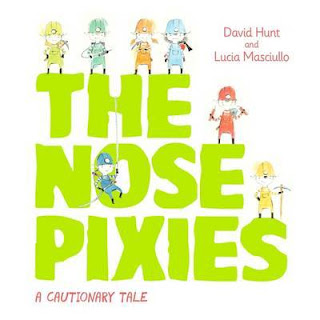 
Oliver, aged about five, has a really rather disgusting habit. He simply cannot keep his fingers out of his nose and having extracted what he can find there he – well I needn’t go in to details.  One night his dad decides to tell him a story which has quite an effect – he tells the story of the Nose Pixies who, because of Oliver’s habit are now going home empty handed every night after coming to mine for the nose gold that keeps their cities running. It’s gross. It’s not for the faint hearted adult looking for a gentle bedtime story. It’s been a top of the pops hit with every child I have read it to so far.  And the perfect pictures  (with much to look at and explore) match the story in every detail.


Preschool up
Posted by Unknown at 14:54