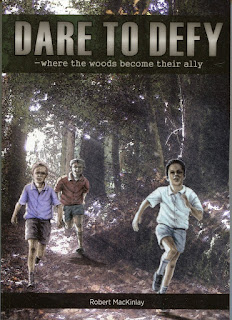 This book was an incredibly good read and stays true to the founding principles of Scouting.


In World War II in Belgium, four 12 year-old boys become Scouts, a brave move in an occupied country where the Movement is banned and boys are expected to join the Hitler-Jugend (Hitler youth). They see this as giving in and instead decide to secretly rebel. Along with a refugee called Mot they manage to escape capture… at least for a while… I really enjoyed this book, and would recommend it to any child  - Scout or not - looking for an easy-medium difficulty read, full of adventure and suspense. There is a sequel, and it promises to be as riveting as the first. 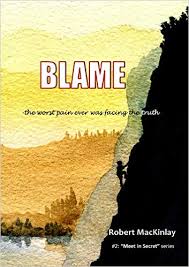 Note: It did take a little while to get this review from Rion (!) and in the meantime the sequel (Blame) has been published. I will try to review it for you during the week,
For my original review of Dare to Defy go to the search box and look under the title.