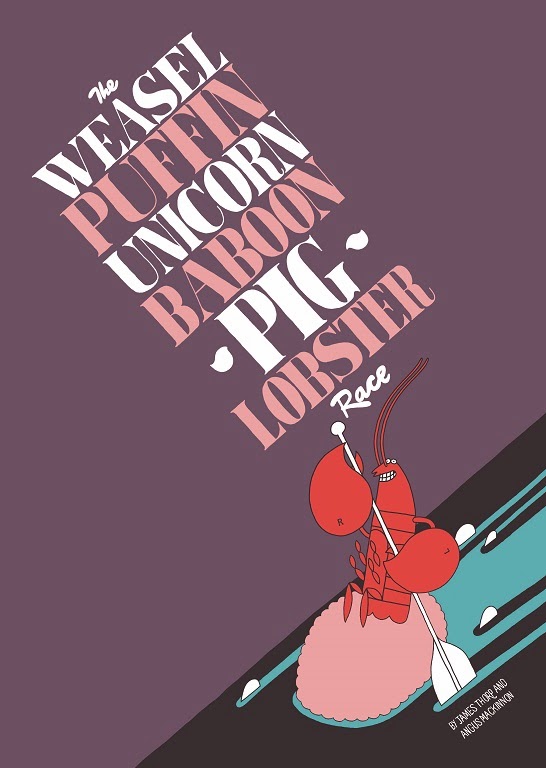 The Weasel, Puffin, Baboon, Pig and Lobster are determined to win the race that has attracted international support and is set off with a pop from the gun by the Queen herself.  But their determination includes cheating in any way they can. The Unicorn who would rather lose fair and square than beat them as a cheat is very surprised when a snail speaks up for him and he is declared the winner.  I have to say this book had migrated to the bottom of the pile because I wasn’t totally sure what it was about  - yes, it was published in May last year. It took a 17-year-old college student over the weekend to steer me in the right direction. This is BRILLIANT he said – look at the paper/ look at the rhyme/ look at the artwork/ it says something without being preachy. And of course James is right! It is a handsomely produced book from a publisher with a small but intriguing list which includes books by Mark Sommerset. Have a look at www.beatnikpublishing.com. The illustrations are in solid colours of pink, black, rose and brown, the lines scan in such a way to make it easy and fun to read aloud and it is certainly more than just a little bit of nonsense. I’ll be looking out for more books from Beatnik.