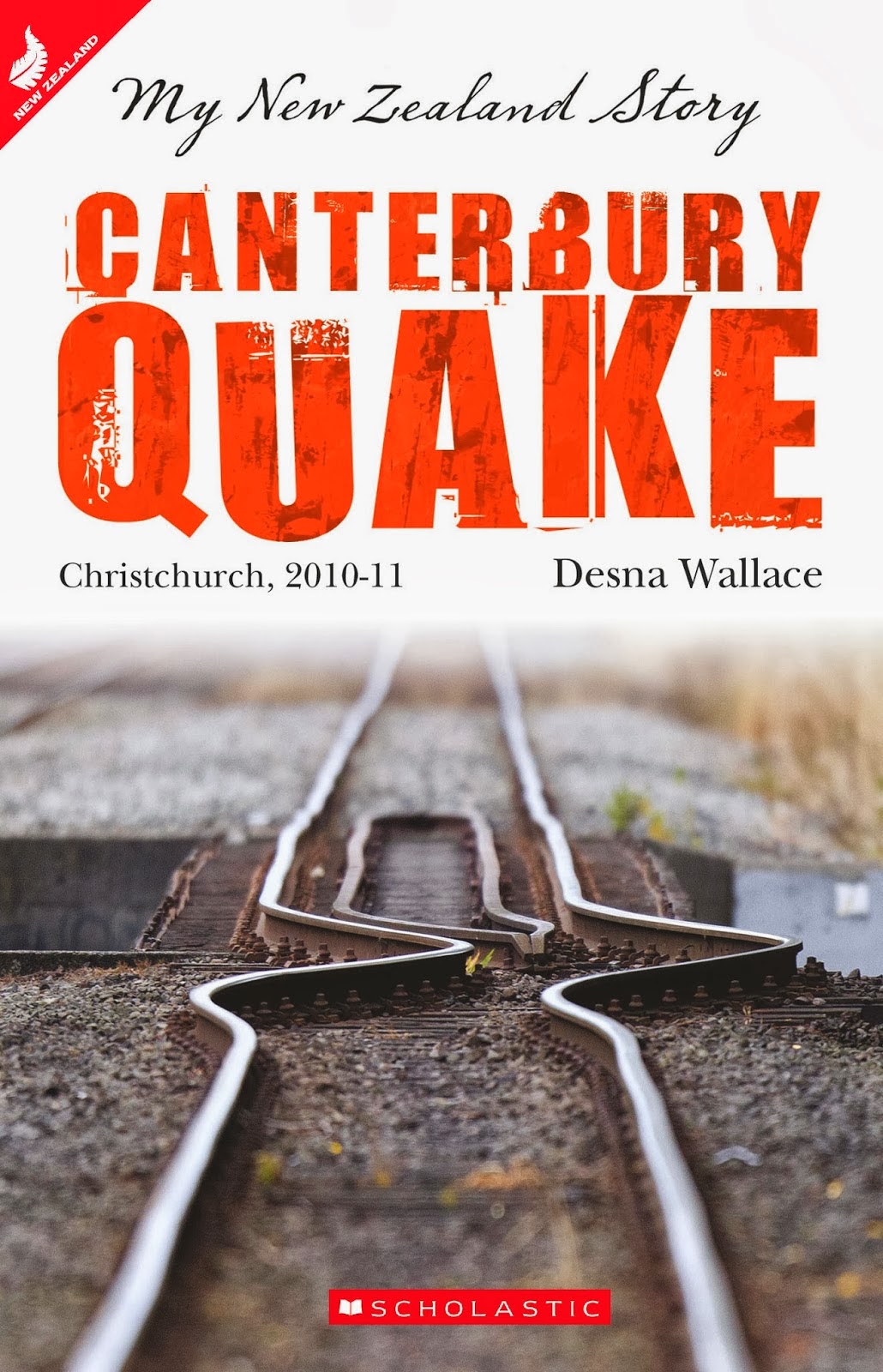 A cell phone would keep Maddy, who is just turning 11, in touch with all her friends and this is all she wants for her birthday and practically all she can think about. Her parents are adamant she will not have one until she is 13 just like her older sister. The old adage says ‘be careful what you wish for’ because Maddy IS about get a cell phone – but not for chattering to friends – it is for keeping in touch with family and receiving instructions about what to do and where to go after the devastation wrought by the two big earthquakes in Christchurch. This is a story of true human resilience and could only have been written by someone like Desna who has lived through the whole chilling experience as well as being a librarian in a Christchurch school working with the age group portrayed in the story. The reality of life in Christchurch at this time is written in such a way as to sometimes make it almost unbearably real. One of the most telling moments for me was when Maddy saw, just after the second big quake, that her teacher and some of the parents were crying in terror.

This is a great addition to the My New Zealand Story series and one that will be picked up not only for its historical value but because it is such a readable story about 11 and 12-year-olds and because Maddy is such an appealing heroine. There are some moments of real humour in the story too!

Email ThisBlogThis!Share to TwitterShare to FacebookShare to Pinterest
Labels: Earthquakes, Fiction age 10 up