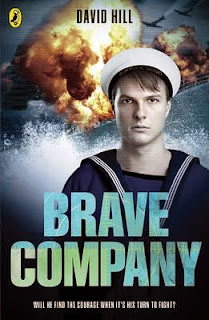 There is a very thin line between cowardice and bravery, between right and wrong as 16-year-old Boy Seaman, Russell Purchas finds out when he is stationed on HMNZS Taupo on its way to take part in the Korean War. Russell’s Uncle Trevor died fighting in World War II and all his family have always revered his memory for his extreme bravery but Russell and his mother have heard a very different story. They feel that Uncle Trevor was no hero – he was a deserter and a coward.
In true David Hill style there is pace, action and real adventure here plus a satisfying and totally unexpected ending and explanation.
Year 8/ Age 12 up
Posted by Unknown at 12:31