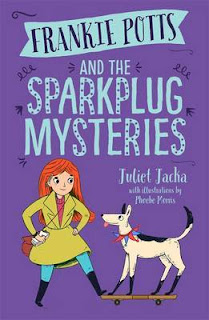 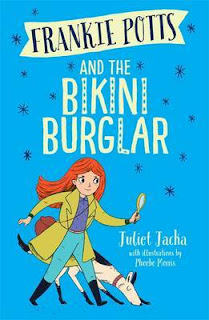 
Here are the first two stories in what it is very much hoped will go on to be a long series starring Number One Girl ‘Detective’, Frankie Potts and her canine sidekick, Sparkplug.  With her addiction for making lists and her inquiring mind there is not much that is going to hold Frankie back once ‘a case’ has her attention. The books are full of memorable characters  - one of my favourites is Frankie’s grandma, The Formidable Mildred – a woman with a definite past. And what is it about Sparkplug who seems a very unusual dog indeed? The books are easy to read and written in a style that is going to say ‘yes’ to many seven to ten year olds (boys and girls) using language that never talks down to the reader, plus they are liberally sprinkled with a highly original sense of humour and are just asking to be read aloud.  Phoebe Morris’s illustrations fit the stories perfectly.     Year 3 up/ Age 7 up 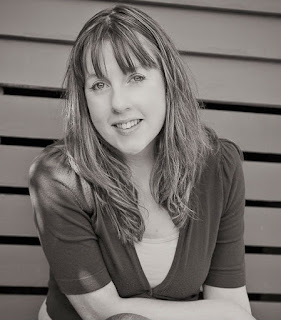 On Friday the first two books in Juliet’s new series about the red headed girl detective, Frankie Potts published by Penguin Random will be in all Bookshops.


I was going to visit Juliet (who used to live next door to me before I moved to Waikanae) for this interview but neither of us could find a mutually suitable time. So here we go with an email interview that takes me back to the days when Around the Bookshops was a hard copy (but soft covered) publication appearing every three months and which always had an email interview. (I like my Blog Days better!)

Hello Juliet- I read somewhere that you were inspired to start writing by the Young Adult novels of Margaret Mahy. What was it about her stories and the way she wrote them that called to you so positively? 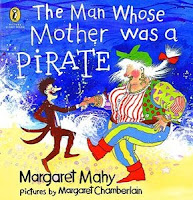 It’s true: I’m a Margaret Mahy fanatic. First off, I love the language she uses — how can you resist lines like “... the drift and the dream of it, the weave and the wave of it, the fume and the foam of it...” (from The Man Whose Mother was a Pirate, which I read to my girls the other night). Then, secondly, I’m a sucker for fantasy stories with supernatural themes. The Tricksters and The Catalogue of the Universe are still two of my favourite books, all these years after I first read them (then re-read them and re-read them). I also love her characters — like Harry, or Tycho — who undertake a journey of discovery, fighting to find and recognise their own inner-worth and power, despite it being obscured or overlooked at the beginning.

You have certainly lived around the world  – born in Wellington, university in Dunedin then off to Canada and the UK. Now you are well established back in Wellington with your husband and your two small daughters in a bright red (is it still bright red or has it started to fade by now?) house alongside the Ngaio railway line. Lauris Edmond, the poet, described Wellington as being the city of action, the world headquarters of the verb   Do you feel your surroundings influence the way you write?


The house is red, although gently peeling. A paint job may well be in the offing. And yes, my surroundings very much influence the way I write. Physical landscapes and people, both. It’s often quite an unconscious thing, though. As an example, my husband was reading Frankie Potts for the first time the other night, and kept stumbling across sayings or phrases that my young girls have invented that had snuck their way into my books. I think I just sort of hoover things up unconsciously and then they tiptoe their way into my writing.

Why do you write for children Juliet?  I am sure you still loved children’s books as an adult before you had a family of your own but does having your own children make you look at those books in a different way?


I think in part because I remember how I felt reading Margaret Mahy’s books — transported, enthralled and recognised, if that makes sense — and would love it if someday I can write something that triggers a similar set of emotions for a young reader. And having my own children has simply given me a handy excuse to re-read all the books I loved back then. It’s great!

Tell us a little about Frankie Potts and where she came from.


Frankie burst into life thanks to an exercise I did for a workshop course in writing for children at Victoria University. We had to string together a bunch of unrelated words into some sort of story, and when I tried that out popped Frankie Potts. Although, initially, she was a he — Arty Potts — until things grew and changed after I fell in love with the character and started turning the 500 word exercise into a fully fledged story.

As I think you are planning a series I wonder how difficult it is going to be to find fresh adventures and incidents for her to solve and be involved in?


I wrote the first book — Frankie Potts and the Sparkplug Mysteries — as a standalone story, not thinking too much about whether it would turn into a series or not. But luckily Frankie’s the kind of character who finds mysteries wherever she goes, so new ideas and stories are easy to dream up for her. Books three and four will be on sale early next year: Frankie Potts and the Postcard Puzzle and Frankie Potts and the Wicked Wolves. And I hope there’s more to come after that. And an audience hungry to read them. 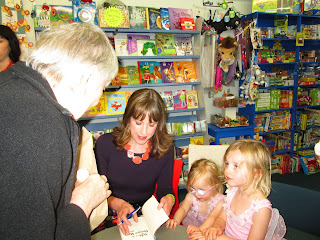 Juliet at the launch of Night of the Perigee Moon March 20th 2014 with daughters Imogene and Rose
Image Barbara Murison
Would you like to share some of the back story to The Night of the Perigee Moon? – Winner of the Tom Fitzgibbon Award 2013.  Also please tell us about your other book that was shortlisted for the Tom Fitzgibbon competitions in 2011 and 2013.  -  The Keeper of Spirit Hill.


I wrote The Night of the Perigee Moon when I was on maternity leave (luckily my daughter was a good sleeper). Tilly, my heroine, is set to inherit a magical talent she doesn’t really want on her thirteenth birthday. It’s got a cast of quirky characters, including magical aunts and uncles, talking cats and a colony of bats, and I had heaps of fun writing it. It was even more fun when it won the Tom Fitzgibbon, because the prize was getting my story published. That had me dancing around on the tips of my toes for days. The Keeper of Spirit Hill also got shortlisted, and at some point I’d like to revisit that story and see if I can get it published, too. It’s a fantasy story about a girl called Willow, and it was partly inspired by an atmospheric Wellington street called Holloway Road. Lurking in a gully at the bottom of a valley, it’s the sort of narrow, winding, dead-end street that begs you to write a story about it.

Have you always been surrounded by books? I know you come from a very book-minded extended family and I wonder if this love has also gone on to your own children?


Yes, it was books galore in my house growing up. I’m lucky. My girls like reading too, and they're super chuffed they get a dedication each in the front pages of Frankie one and two.

How important was the public library when you were a little girl? Do you remember using the library system in Canada and the UK?


I went to the library lots growing up, but I have to confess I didn’t spend much time in them when I was living overseas in Canada and the UK. Although I did spend a lot of time in bookstores. I worked in an independent bookstore in Canada, went to Borders lots, and, when I was in London, often ended up in a bookshop near Oxford Circus during my lunch break.

Apart from finding the time to write (how DO you do it?) what is the biggest challenge in your writing life?  Where would you like to see yourself in the world of children’s books say 10 years from now in 2026?


It’s magicking up time when there isn’t any, at the moment. I have to get creative to fit writing in around work and family life. By 2026, I’d like to have more magical writing time, more Frankie books published, a new chapter series on the go, and written — and had published, fingers crossed — a young adult novel in the vein of the Margaret Mahy books I adored growing up. But, who knows? I might change my mind about all that tomorrow when I sit down to write and a new character pops and he/she/it leads me down an altogether different 10-year writing path ...

Would you now like to ask yourself a question – and answer it?


What should my character do next? How am I going to occupy the children tomorrow? Where is my next coffee going to come from? How much My Kitchen Rules is too much? But I don’t know the answers to any of these.