New from the writer of My Sister Lives on the Mantlepiece 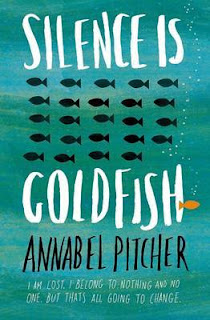 By chance Tess reads on her father’s Blog that when he first saw her within seconds of her birth he felt nothing but revulsion and rejection at this little, red, squalling creature and could hardly bear to touch her. Her first thought is to run away, away anywhere but when that doesn’t work she runs away mentally and emotionally. It’s a pity Tess hadn’t asked some questions or relooked at the Blog the next day when the Post was complete but then, of course, there wouldn’t have been a story to tell. There are characters to believe in (and feel great sympathy with) and an original plot that I don’t think other writers have touched on. There are plenty of stories when young people discover they have been adopted but I can’t think of one where a young person finds that although her mother is indeed her mother her, ‘father’ is no relation and her conception was due to a sperm donor.  In other words just the originality we would expect from the writer of My Sister Lives on the Mantelpiece (Orion 2011) and On Ketchup Clouds (Indigo 2012). Just to lighten the story there are several very funny moments.
Year 8 up/ Age 12 up
Posted by Unknown at 12:53