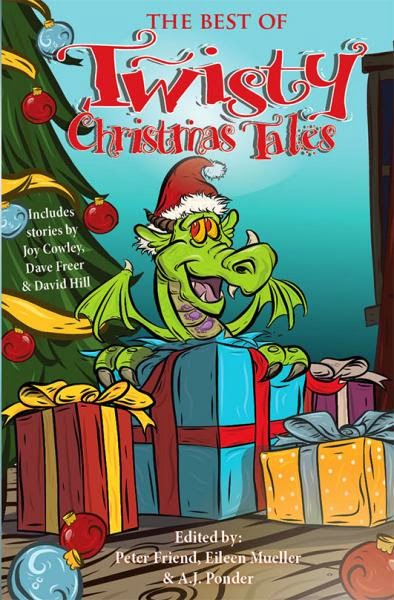 Thirty-one short stories with Christmas in mind make up this new book, of which 10% of profits go to support the Muscular Dystrophy Association of New Zealand. Some of them would be excellent to read to a group in that over-excited time as school winds down for another year and they are all short enough to read in ten to fifteen minutes. Whatever you do don’t miss Joy Cowley’s special take on the traditional Christmas Story in Kiwi Christmas which has already been published as a picture book by Pleroma Press, Otane with illustrations by Bruce Potter.


The book will be launched officially at the Children’s Bookshop, Kilbirnie Wellington on Thursday November 13th at 6pm – an open invitation.  As you pick the book up you are aware at once of the fairy lights twinkling and the Christmas bells tinkling and the scene is set as you plunge into David Hill’s forward in which he tells us a quite dreadful story about how the Christmas Dinner Table caught fire because someone pulled one small cracker.