TO BE PUBLISHED TODAY 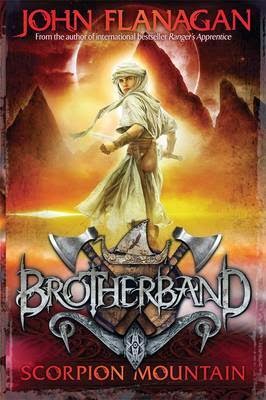 Fans of the Brotherband series have been well catered for in 2014 with Slaves of Socorro coming earlier in the year and publishing today (7.11.14) is the latest in the series - Scorpion Mountain. Hal, that unlikely hero, and the Heron Brotherband have received a frightening message from King Duncan of Araluen. His daughter Cassandra has nearly been killed by ruthless members of the Scorpion cult and next time she won’t be so lucky. Can Hal and his gang step in and prevent this happening?


For a background to the series and to hear John Flanagan talking about it, visit his website at: www.worldofjohnflanagan.com/the-brotherband-chronicles/


This book can be read on its own but it will be much more satisfying for newcomers to the series (if there are any! ) to start at the beginning with Book One The Outcasts.

Email ThisBlogThis!Share to TwitterShare to FacebookShare to Pinterest
Labels: Fiction age 12 and up