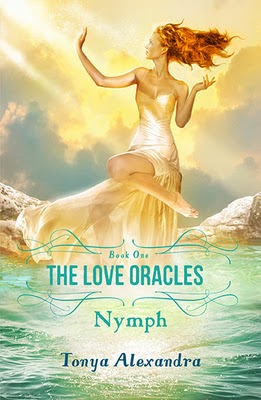 If a beautiful star nymph is banished to Earth for displeasing the Gods, tries to fit in at high school on an idyllic Greek Island and then meets a dreamy young student called Lukas, you can be pretty certain something romantic and fiery will happen especially as relationships between goddesses and human men are strictly forbidden. And that’s really it – the plot in a nutshell! I wanted more from the story and, although I read every word, I wanted to find out much more about the characters. But. Although the book was obviously not for me I can think of many 14-to-17-year-olds who will be drawn in by the romantic jacket, will love every one of the 424 pages and will be waiting anxiously for February next year when the sequel will be published. It is a book that will give real pleasure to a large number of readers in that age group above.  Google the details to see some of their reviews and some from readers who felt more as I did.