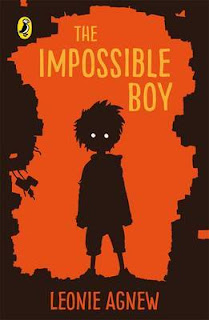 Ben is only six years old, has already survived a train crash, and now is living in an orphanage in the middle of a war zone and has, of necessity had to create an imaginary friend who he calls Vincent just to see him through. It is Vincent who tells the story… Clear precise writing helps the reader enter in to a narrative that is as unusual as it is addictive – a story you really cannot help thinking about. Although it is basically upsetting, traces of the well-known ‘Agnew humour’ do break through and at times I almost expected Conrad from Conrad Cooper’s Last Stand to come through the orphanage door.


The book was officially launched yesterday afternoon at St. Heliers Community Library Auckland  - I wish I could have been there!