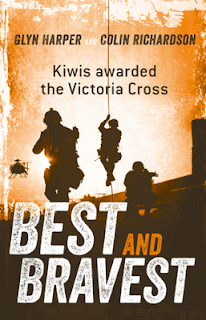 Here are the war stories of deeds and actions so outstanding they were felt worthy  to be selected for the highest military honour for bravery in the British Commonwealth – the Victoria Cross.  This is a reprint of the 2006 edition and has been brought up to date to include Willie Apiata the recipient of the first New Zealand Victoria Cross. I know cost is an enormous factor in publishing these days but this would have been such an inspirational book to turn on reluctant readers (yes, especially boys) and it is not so likely with such a low impact production and printed on paper that brings back the smell of visits to the local stationery shops of my childhood. (Of course I hope to be proven wrong)