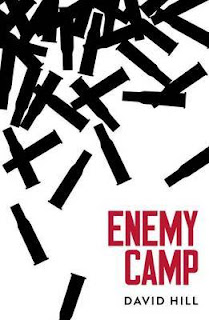 
camp for Koreans and Japanese a sit-in of prisoners who refused to work is being staged. By the end of the day, nearly 70 prisoners have been killed when an unstoppable riot breaks out.


The events leading to the riot and the day itself are described by 12-year-old Ewan who, with his friends have been visiting the camp secretly and regularly. They are surprised to find the men who have been described to them as evil and cruel look like, well, just  - people. Master Story Teller, David Hill, totally engages the reader’s emotions and thoughts  and what David Hill ‘boy hero’ could ever tell a story without a large lashing of an underlying sense of humour?


If you drive out of Featherston on State Highway 2 a little north of the township you will come to a small park which was the site of the POW camp. On a stone are carved the words from a 17th-century Japanese haiku:


Of the dreams of warriors. 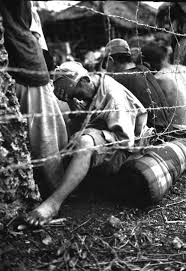