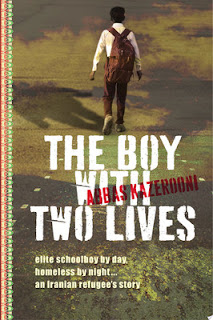 In a much darker story than the writer’s first book about his early life we pick up where he is sent to England having fled conscription into the Iranian Army at the age of ten. Things are not much better there as he is placed in a boarding school where he is badly treated and finally when he has just turned thirteen, he finds himself 'homeless' and with no way of keeping contact with his mother who is still in Iran. The story is told simply and one of the things that shines through this account of a tough life is the complete lack of bitterness on Abbas’s part.


He is now a successful lawyer, actor, writer and producer. He lives in California, USA