A New Title from the Writer of The Convent 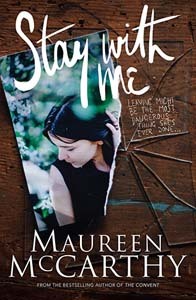 When we first meet Tess she has survived (but only just) some years of being in a violent relationship with her partner, Jay with whom she has had a child, now a much loved three-year-old named Nellie.  Tess and Nellie are stuck on an isolated, lonely farm above Byron Bay, mainland Australia’s most easterly point, with no means of communication with anyone who might help. The story begins when Tess has made the decision to run away and continues in a clutch of flashbacks to her younger days when she was brought up by her siblings and even further back to a time when women who were reacting to extreme mental and physical abuse were said to be ‘mad’ and put in mental hospitals (then called asylums) often to die of hopelessness and despair. There is a genuine air of anxiety and tension hanging over the book and the reader cannot help but become involved in Tess’s life but the ending, on a commercial flight, high above the Pacific, could not be more positive or empowering.  A long but totally worthwhile read in a satisfyingly ‘chunky’ book.


Readers who get involved in this story and to whom the writer is new will be pleased to know there are many other titles – just Google Maureen McCarthy writer for details.

For mature readers (and adults)

(I am sorry I have neglected this Blog for the past week. It's not that I haven't been reading-  it may just be that I am a very poor time manager. I wonder if I should go to a time management course?
So much is happening or about to happen in the children's book world at present - the run up to the Children's Book Awards/ the LIANZA Children's Book Awards on June 15th at National Library/ Tinderbox looming on the horizon.......  BM)
Posted by Unknown at 15:13