TO BE PUBLISHED IN AUGUST 2015 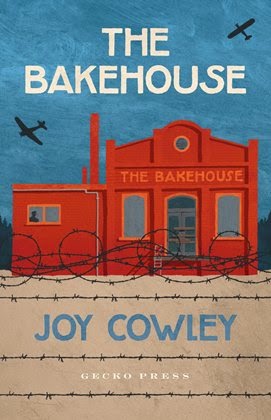 
11-year-old Ben lives in Lyall Bay, Wellington. It is 1943 and Ben wants more than anything to be part of The War. He little suspects that when he and his two sisters begin to explore an old bakehouse partly hidden in the flaxes and high grasses, that soon he will be totally involved in The War in what becomes a network of lies and deceptions. This is a story to grip younger readers (around 9 to 12 year olds) in a different look at wartime and to bring back so many memories to people of my generation who lived through it all without sometimes realising the seriousness of what was happening – including the threat of invasion by the Japanese. This book arrived in my box on Saturday and I spent all that afternoon greedily gobbling it up, then, on Sunday, I read it again to slowly savor every word.(And what a wonderful movie it will make!)
Recommended