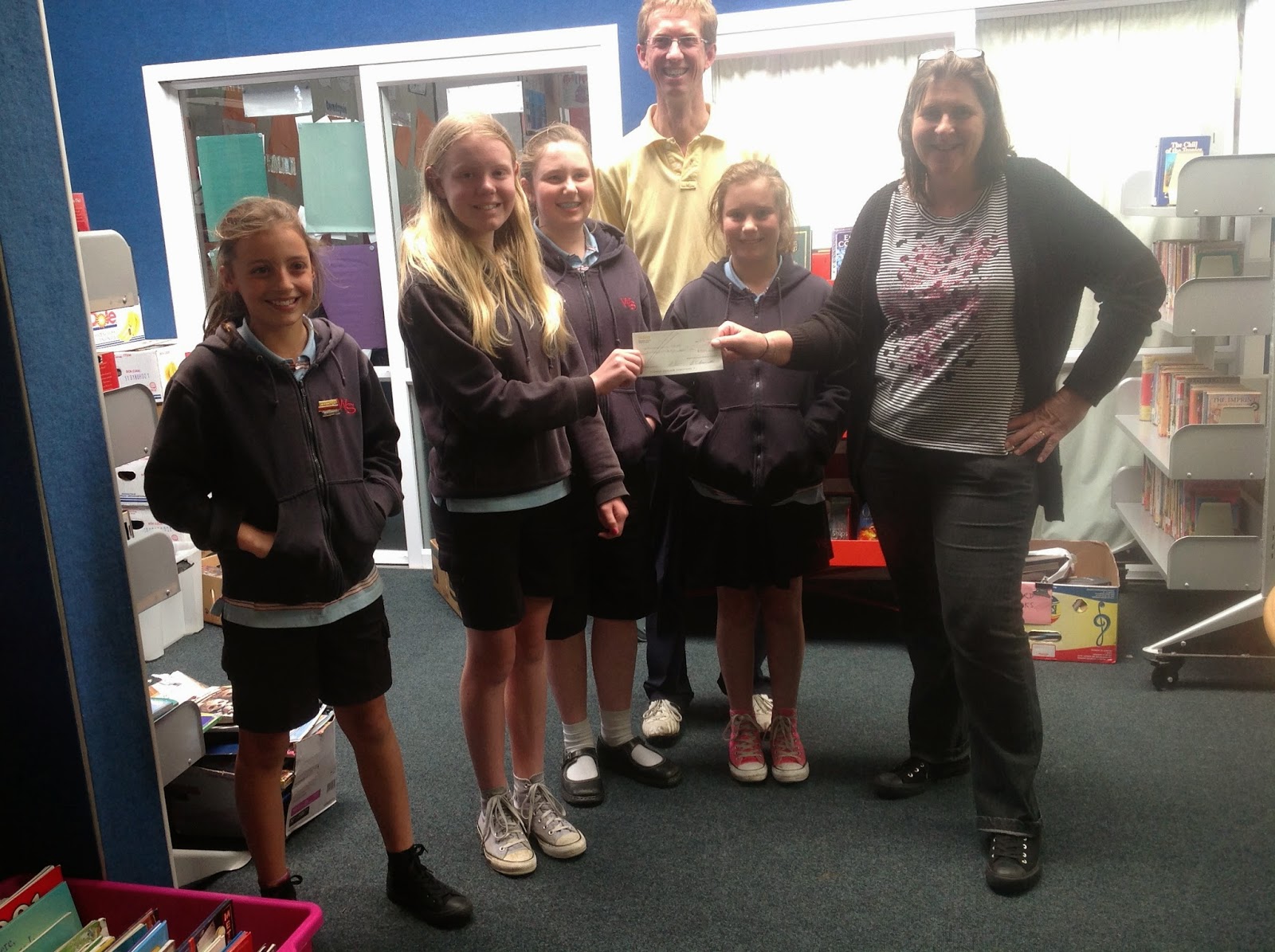 I seem to have got into the habit of going around to Paraparaumu School during the week to briefly help Kenzie Benbrook in her on-going task of organising the avalanche of books that have been donated from schools and libraries plus individuals around the country  (some real treasures amongst them) and sifting some of the wheat from the chaff.  Kenzie is really to be congratulated as she has kept her cool through what must have been a very difficult few months and although the room in which the library is now operating is only temporary she has managed to create a truly welcoming atmosphere in spite of having to share with a barrage of (mainly donated) new computers and their ‘luggage’. With a bit of persuasion in the right places she has collected a fleet of shelving/picture book boxes/ revolving stands/ signage and colourful beanbags.
While I was there yesterday a contingent from Wadestown Main School in Wellington arrived with Librarian Derek Piper.  He had brought a group of four of his senior Year 8 Librarians who had held a Bring and Buy Book Sale to raise funds for the Paraparaumu School Library. The photo shows Kenzie accepting the very generous cheque. As well as this, the Wadestown group brought with them a box of almost brand new books and as I left they were already being stamped by one of the volunteers with the Paraparaumu School Library logo.

I was told yesterday that although the library computer and all its data melted down in the fire an up to date back up was held in a secure place so the records entered up to Sunday August 10th 2014 are safe - but sadly many of the resources they represent will have gone up in the flames.
Posted by Unknown at 12:41