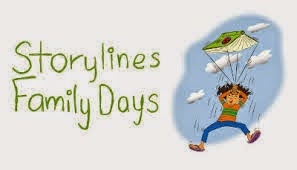 I had hoped to bring you some really sparkling photos from yesterday’s Storylines Family Day here in Wellington but once more I was doomed to disappointment. However, the day itself was far from disappointing. One of my favourite areas (and of many of the children’s) was the War Zone where Janet McFadden (National Library) and Pippa Werry (writer of several books on World War One and recently returned from the ANZAC commemorations in Gallipoli) were in charge. In this area children could (helped by members of the NZ Army) dress in real battledress, try out a sleeping tent for size, and eat real hard tac. A little further along they could visit the craft area where amongst other activities could make a realistic looking medal or a brilliant red poppy.

I went to a marvellous session with one of the librarians from Wellington Public Library, Adrienne Hannan, on Choosing Good Books for Children. I have been in the business of choosing books for nearly 60 years and sometimes mistakenly think I know it all. I don't! There is so much to learn - often from much younger people.  There was a great hand-out to go with the session which included several book lists on popular subjects among which I was pleased to see some older titles included and a title by Enid Blyton (Stuart Perry, City Librarian in the days when I was buying the books for the children's and young adult's collection at Wellington Public, will be turning in his grave!!)
I hope this session will be repeated somewhere before the end of the year. It was really worthwhile.


This is the favourite picture I did manage – taken in the Scholastic Read Out Loud area where the children are listening to Karen Larkindale reading Melinda Szymanik’s The Were-Nana. They began by sitting sedately on cushions but as the story took hold they crept closer and closer, some even standing up to share the words.  Look ---- 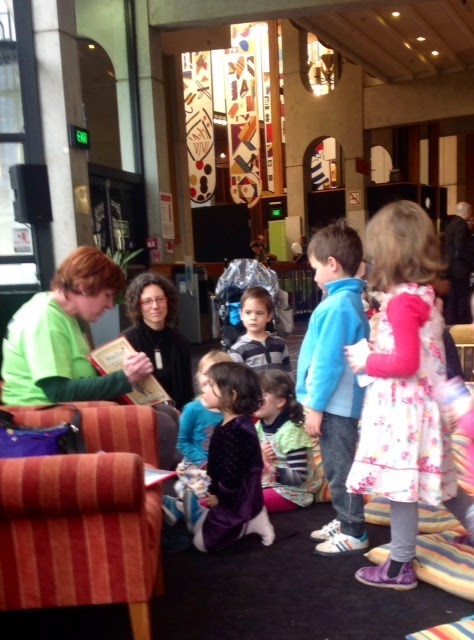 And running in connection with Storylines Wellington is:

So that is Storylines Wellington for another year.
A really warm congratulations to chairperson Eileen Mueller and the committee but  most of all to the children who liked what was planned, who participated so enthusiastically and without whom there would be no Storylines...
Posted by Unknown at 15:54