BY WAY OF EXPLANATION!
I haven’t touched this Blog for a week which has been very frustrating for me.


I had a misadventure on Friday when I tripped on a small stone and came down extra heavily.  Broken wrist/ smashed face/ deep cut over eyebrow/ holes in both knees – the list is endless. But nobody died and I had a great ride in a new state-of-the art Mercedes ambulance – the one usually sent to serious road crashes - all the way to the fracture clinic in Newtown in Wellington.  Because of the cast I can’t drive for six weeks and typing is extra slow but I will try to get a proper Post up as I went to the LIANZA Book Awards last night (on the train). 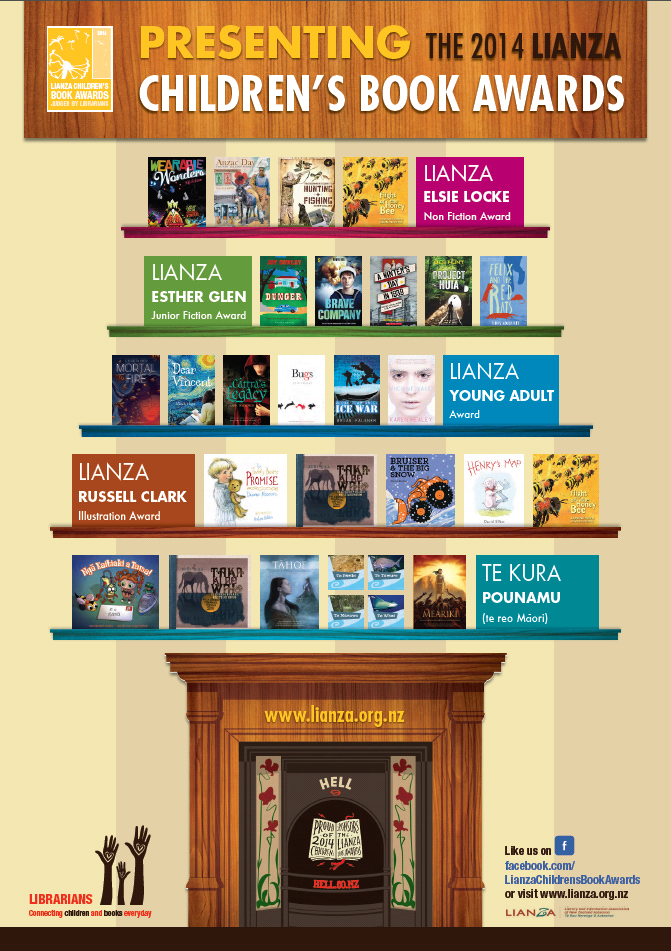 For the most distinguished contribution to literature for children aged 0-15.

For the most distinguished contribution to literature for children and young adults aged 13 years and above.

LIANZA Russell Clark Illustration Award
For the most distinguished illustrations in a children's book. 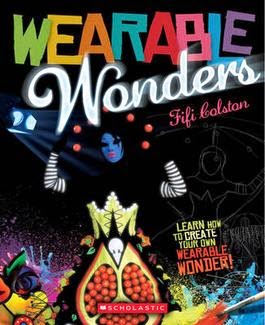 For a work that is considered to be a most distinguished contribution to non-fiction for young people.

Awarded to the author of a work written in Te Reo Māori which makes a distinguished contribution to literature for children or young people.
Ngā Kaitiaki a Tama!  Kawata Teepa illustrated by Jim Byrt Huia NZ Ltd)

For further information about the awards visit: http://www.lianza.org.nz/awards/lianza-childrens-book-awards
Posted by Unknown at 15:46