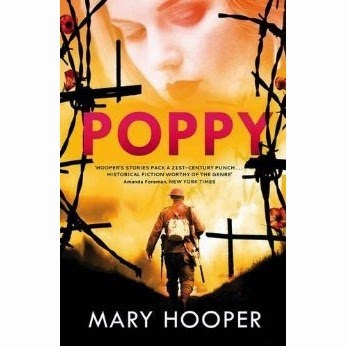 If you are working as a parlour maid in a grand country house at the beginning of World War 1 the last thing you should do is to fall in love with the son of the house who is about to leave for the Battlefields of France. Mary Hooper has written many (many) books about feisty young women facing similar problems through the centuries but such is her skill as a writer that we believe in and sympathise with them all, making this yet another book by this writer to be cherished. The historical background to the story and the nursing of the severely injured soldiers is, of necessity, sometimes hard to read but Poppy is staunch and unflappable. As the book neared its end with so many ties and tangles in the plot to be unravelled it was obvious it simply could not really end there and so I was glad to see a sequel -  Poppy in the field will be published in mid 2015.