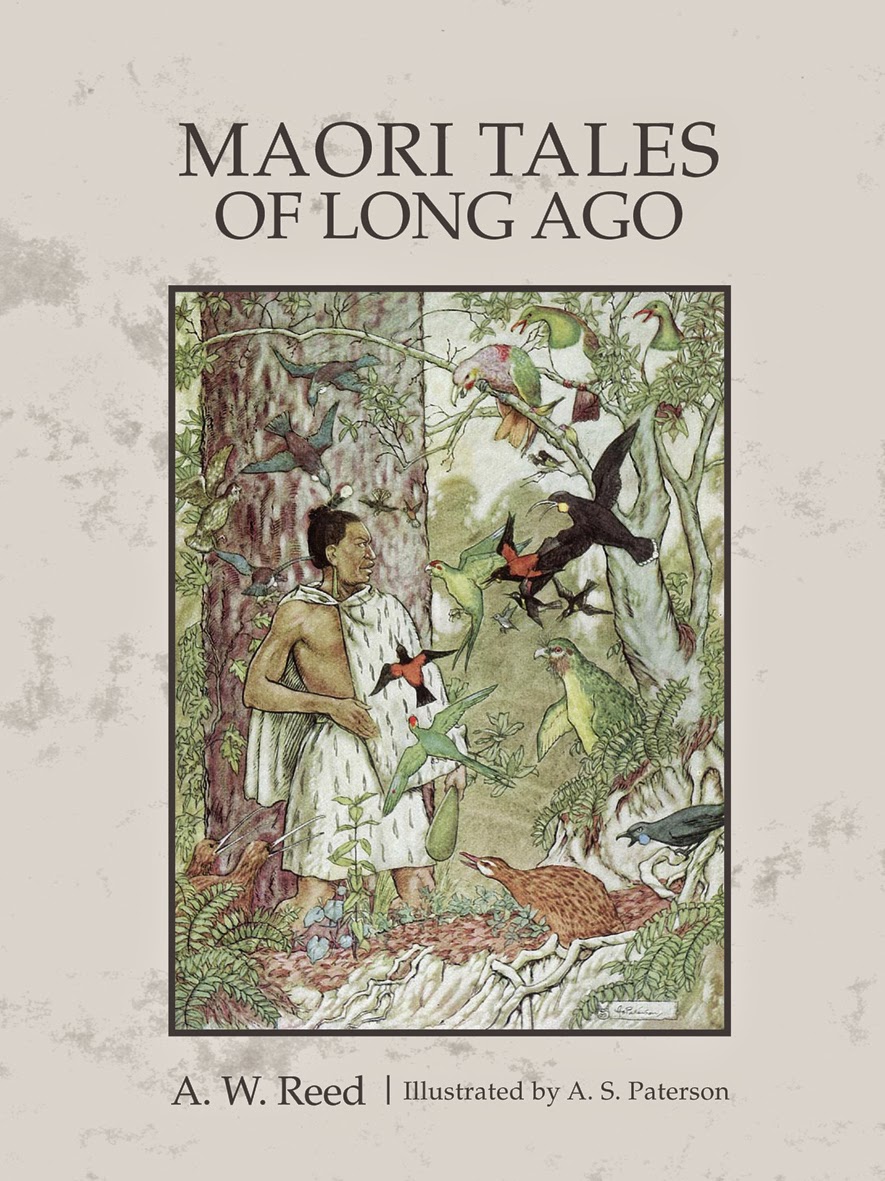 During my years as Children’s Librarian at Wellington Public Library the children in the Branches and Central Library wore out countless copies of Maori Tales of Long Ago and Wonder Tales of Maoriland, first published by A.W. and A.H. Reed around 1949/1950. These two hardback titles contained the stories in this new volume.  It was practically all we had at that time to introduce children to the feast of tales about Maui and Tutanekai, about Kae and the whale, about Hatupatu. The 16 traditional stories based on ancient Maori legends are built around two children, Hine and Rata as they listen to old Popo the village storyteller. The stories are easy to read aloud and are written down with an underlying sense of humour.
This volume has the original illustrations by A.S. Paterson and I feel they have stood the Tests of Time.

Email ThisBlogThis!Share to TwitterShare to FacebookShare to Pinterest
Labels: Maori myths and legends