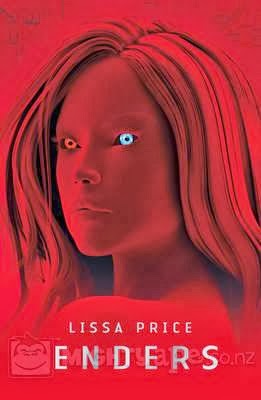 Themes:  Dystopian stories/ Mind control/ Sequels/ Sci Fi stories
This is the exciting although creepy conclusion to the story begun in Starters and made all the more so because it hasn’t been expanded into a trilogy or a series which must have been quite a temptation for the writer!  The plot, to say the least, is complicated. In Starters, the first book in the duo, everyone between the ages of 20 and 60 has been killed in a particularly chilling ‘spore war’  - the old have the money – the young have none. Callie, 17 and the hero of the stories, has allowed a controlling chip to be placed in her head in order to survive. Now, it is possible for her to have that removed but first she must make an enormous decision about the implications it will have. This is one of those rare stories where we actually see the main character developing and growing as the plot unfolds. The books will surely be enjoyed by readers who have devoured The Hunger Games.
Year 8 up/ Age 12 up
Posted by Unknown at 15:40