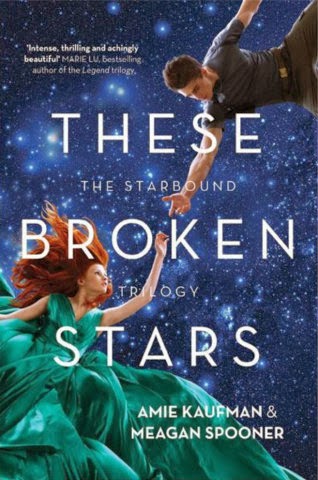 A young war hero and the daughter of the richest man in the universe are thrown together almost literally and find themselves totally alone when their luxury space ship crashes into a seemingly uninhabited planet.  Although the book has been described as ‘Titanic in space’ it is ultimately a really gripping story of survival. It will be read with enjoyment by readers other than those who, lured by the rather corny cover, are looking for a predictable love story.


It was given the prestigious ‘starred’ review in the American Library Association’s Booklist.