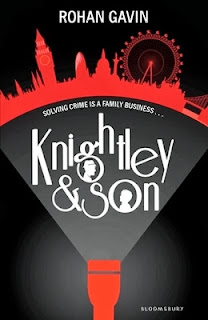 Themes:         Adventure/ Conspiracy/ New age books/ Fathers & Sons/
While his once famous detective father is slowly coming out of a long coma in a London nursing home, his son, thirteen-year-old Darkus decides to read through all his father’s old case histories. This is just as well as with his father making a spectacular recovery, the pair are thrown headfirst into a maelstrom of conspiracy, danger and adventure that Darkus’s new knowledge helps to resolve. The book, the first in a planned series, is written with wit and humour but will probably appeal more to ‘hungry’ readers than to those who need a bit of persuading to start something new.  For the opinions of the story from some young readers (mainly I think from the UK) go to Good Reads http://www.goodreads.com/book
The cover does not do the story justice.
Year 6 up/ Age 10 up