I was really so happy to be at the LIANZA Award Ceremony last night held here in Wellington and later to help celebrate at The Library Bar. No nothing to do with the Public Library! It is a very innovative bar and ‘café’ where the walls are literally lined with books which regular patrons may borrow on an honesty system. There is also an old cast iron bath in the main room but not plumbed in – we used it to stack our coats.  Sadly I had left my proper camera at home so, although I did take images with my mobile, they are not good enough to reproduce here.
The LIANZA office should be congratulated for the quality of the ‘handouts’ the guests were given as they left including a good-sized notebook with a choice of different jackets from the winners. I chose The Nature of Ash by Mandy Hager.
All the books were published in 2012

AND THE WINNERS ARE:

LIANZA Young Adult Fiction Award
For the most distinguished contribution to literature for children and young adults aged 13 years and above.
The Nature of Ash by Mandy Hager, Random House New Zealand

Mandy and Ruth McIntyre at The Children's Bookshop Kilbirnie 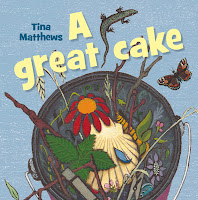 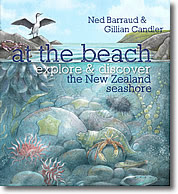 LIANZA Non-Fiction Award - Elsie Locke Medal
For a work that is considered to be a distinguished contribution to non-fiction for young people.
At the Beach: Explore & Discover the New Zealand Seashore by Ned Barraud and Gillian Candler, Craig Potton Publishing

LIANZA Librarians’ Choice Award 2013
Awarded to the most popular finalist across all awards, as judged by professional librarians of LIANZA.

I think this is The Year of David Hill as he also won the Junior Fiction Award in the recent NZ Post Children’s Book Awards for My Brother's War. Use the search box on this blog for details.
My Brother’s War by David Hill, Penguin NZ 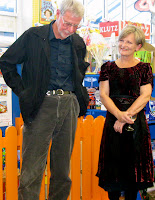 David at the launch of another of his war stories - The Red Poppy with the book's illustrator, Fifi Colston

Also presented at the ceremony were three wonderful taonga from Te Ropu Whakahau  - the organisation uniting Maori Librarians and information specialists in Aotearoa New Zealand.  These taonga come back every year and they must be truly treasured by the recipients as they always look in pristine coindition,
Go to the LIANZA website http://www.lianza.org.nz for details.
Posted by Unknown at 12:59