Set in Auckland, New Zealand, the basis of the novel is the invention of an American biologist who creates a virus that works on the pigmentation in the skin that could be used for great good to cure diseases in certain ethnic groups. However, it also has the power to wipe out the groups completely without touching the white population. 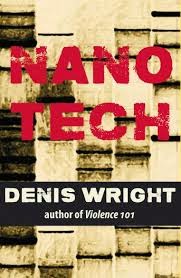 White supremacists and also, because they manage to get in the way, a group of highly intelligent science students from Wellington. The story is told in an ‘easy’ manner by one of the students who, because of traumatic events in his life when he was much younger, has not spoken aloud much since then.


There is blood, killings, sex, some swearing but I found this an addictive, read-at-a-sitting experience. However, because of its themes of ethnic cleansing and sexual abuse I would be very careful how it was issued in a secondary or public library situation.


My only quibble is with the group’s teacher, Bernie, who at times was so OTT she was hard to believe. But even Bernie had her moments – and her class would certainly never forget her


The writer, who also wrote Violence 101 Penguin Books which won the Best First Book in the NZ Post Children’s Book awards in 2009 is a teacher in a Wellington High school. He has captured the tone of the voices and actions of his group of high school students with perfect pitch.


Year 11 up – suggested mature readers only
Posted by Unknown at 08:07