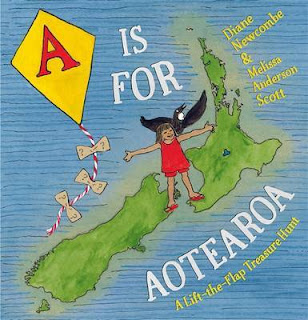 You may remember Girl and Bird from the earlier title by this creative illustrator/ writer ‘team’ - A is for Auckland published in 2013. This time the addition of ‘flaps’ give real meaning to the treasure hunt aspect of the book as we dart from Auckland (of course!) down and around the country trying to guess where we are. The answers are at the back of the book but half the fun is trying to work it out from the many clues. Of course this is only beginning and mainly for slightly older children but even the youngest will appreciate the detailed and subtly coloured pictures of sometimes very familiar landscapes. Watch the flaps though and although this is not for the purists a small strip of magic mending tape on the hinges might prevent the clues underneath being revealed!
Preschool up/ Age 4 up

Please Google the names of the writer and artist to see their amazing background in working with young children.

Email ThisBlogThis!Share to TwitterShare to FacebookShare to Pinterest
Posted by Unknown at 12:15 No comments: 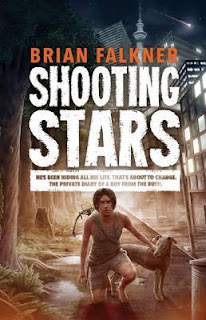 Wishes can come true if Paul Jennings is writing about them! 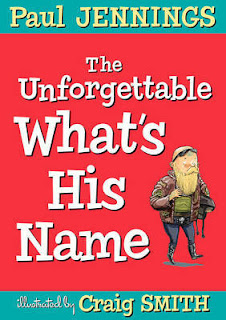 He’s a lonely boy the boy who tells this story  - we only find his name on the very last line in the book - and he sometimes wishes he was invisible just to avoid people seeing his aloneness!! But you should always be careful what you wish for as this one comes true in a quite unexpected way. As with all books by this writer, the story is both funny and sad, totally original plus it has a heart-warming ending. I would love to read it to a class.

Email ThisBlogThis!Share to TwitterShare to FacebookShare to Pinterest
Labels: Fiction 9 up

A penguin in the jungle? 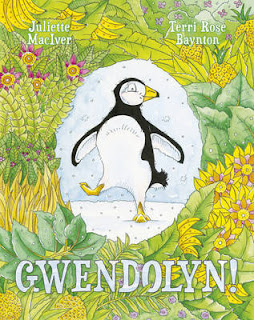 There are monkeys and jaguars, parrots and crocodiles all living happily in the jungle – and of course there are no penguins because penguins live in the Antarctic. But wait. There is a penguin in this jungle and her name is Gwendolyn – a rather discontented penguin who thinks she would really rather live in the Antarctic with all the other penguins.  A story about finding your true heart’s desire and about being comfortable in your surroundings.  There is much to think about and to look at in this very unusual story. The children with whom I shared it all LOVED it and that is always a very good feeling for the storyteller.
Preschool up/ Age 3 up
Posted by Unknown at 18:04 No comments:


On Tuesday night (8.11.16) I went to the launch of Gecko’s Annual (use the search box to find a review on this blog) and it was a great evening.


It was held in the Sustainability Trust Building in Tory Street, Wellington  (and that was an excitement in itself – especially the dual toilets sitting prominently on view) and hosted a diverse group of ‘literary’ Wellingtonians (plus some out of towners) including contributors to Annual, adult and children’s writers, booksellers, historians, creative writing tutors, reviewers and – readers.


The evening began with a rendering of the first story in the book sung and put to music by a very able group from Houghton Bay School and followed by ‘speeches’ none of which were too long.


Here are a few snaps I imaged on my mobile -  I didn't manage to get pictures of the two editors - Kate De Goldi and Susan Paris - they too were busy rushing about and signing copies. 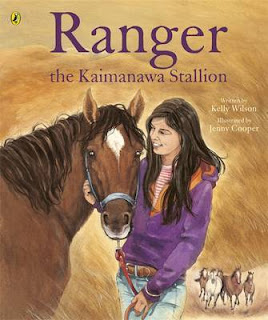 Ranger, who was born on the Kaimanawa Ranges spent his early life grazing the tussock and building his herd – then, disaster when he was picked up in a cull of the horses and taken far, far away. Fortunately he was rescued by Vicki, Kelly and Amanda Wilson (well known to all young horse lovers from the TV series) who trained him to become a star and a greatly loved member of their team. The story is special but the illustrations bring it all together and this will be another of those books that are loved to death.
Year 4 up/ Age 8 up
Posted by Unknown at 18:46 No comments: 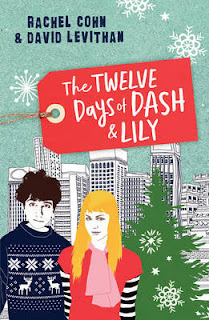 Lily has had a hard year and somehow all her enthusiasm for her favourite time of year, Christmas, has melted away like the snow on the sidewalk. It is up to Dash and a mixture of true friends and relations to help her find her passion for life once more. Sounds a little ephemeral? Far from it!  This is a wise and witty novel that will be particularly appreciated by readers who have already met the characters in Dash and Lily’s Book of Days and, as a non-demanding read it is just right for the end of year wind down.
Year 8 up/ Age 12 up (and adults)
Posted by Unknown at 13:09 No comments: 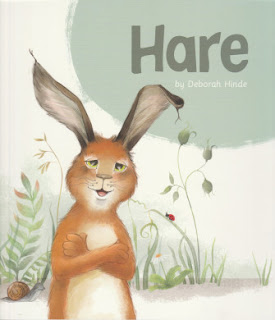 Oh foolish Hare! He had such a good idea but now he has lost it completely. Lucky Hare! He has a great support group of friends who all band together to help him with suggestions and advice. But then Hare sees…. and it all comes flooding back. It’s a great story with even greater pictures. Deborah, who has illustrated over 60 books has excelled herself with Hare and says it took her more than two years to put together. There are stories within stories here and details you only notice after the fourth or fifth views  - Hare’s whiskers for example that droop or stand up depending on his mood. A book to share with a group with enthusiasm (but I’m keeping this one for myself!)
Preschool up/ Age 4 up
RECOMMENDED

Harebrained  - adj. foolish, reckless or badly thought through.
The first recorded use of harebrained dates to 1548.The spelling hairbrained also has a long history, going back to the 1500s when hair was a variant spelling of hare.
Posted by Unknown at 13:26 No comments:

Adventures of an Allis-Chalmers tractor (1938) in rural New Zealand


Allis Helps on the Farm 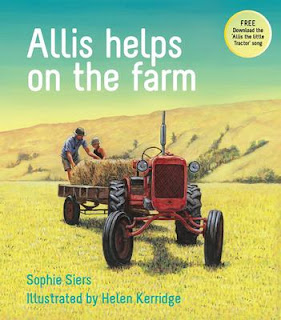 Now that Allis the little tractor is restored to working order she is ready for anything – even the long pull up the steep hill with feed for the hungry cows. The illustrations are amazing and positively exude the feel and almost the smell of rural New Zealand. Clever use of a greeny yellow wash on the large images gives the viewer the impression of actually being in the scene. A great successor to the first book in the series Allis the Little Tractor winner of the Best First Book in the New Zealand Book Awards for Children and Young Adults 2016.


The six little boys I shared this with a couple of days ago can’t wait for the next Little Tractor adventure. Note: Little girls will love it too – it’s just in the situation I was in, the girls were out digging in the veggie garden... 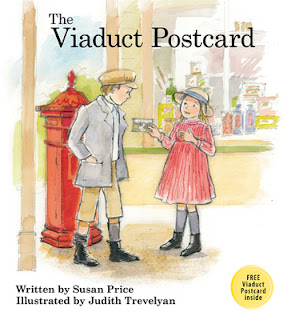 Jack (a very bossy older brother) and eight-year-old Bessie from Levin go to visit their aunt and uncle in Karori and see the magnificent structure of the Kelburn Viaduct on this way – by tram. The plot revolves around a missing jacket and a lucky postcard that was fortuitously left in its pocket. Judith Trevelyan’s water colour paintings bring to life the ‘trappings’ of the time  - the washbasin with real hot and cold taps/ the flushing lavatory/ the tearooms/ the clothes and of course The Viaduct. A replica of a real postcard of the times is tucked into the back flap of the book which it would seem a shame to use – unless you addressed it to yourself!! Useful as a local history resource with its pages of historical notes. Sadly because of some minor transport problems, I missed the launch of the book last night at Marsden Books in Karori – just around the corner from where the action in the story took place)
Year One up/ Age 5 up

Google the writer’s name for much interesting information about this Wellington historian and writer for whom this is her first children’s book- but hopefully not her last! 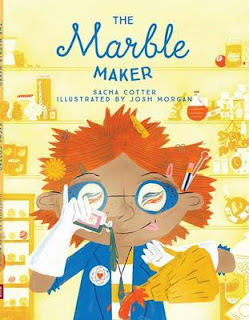 The world is full of the most wonderful marbles -  Cat’s eyes/ Froggies/ Blue Moons/ Specks and Swirls and Turtle Shells but the teller of this story (he could be a boy or she could be a girl) with help of his/her Side-Kick Sheep, Winston, is determined to invent a new marble altogether and have his/her name entered into The Book of Marbles. This is a really inventive story with matching images which would be great to read aloud to a class and it is also available in a Te Reo edition Te kaihanga māpere  ISBN 978 1 7755 0225 8

Sacha Cotter is a teacher and writer. Her first picture book Keys/Nga Ki was a finalist in the picture book category (Keys) and the Maori Language Award (Nga Ki) of the New Zealand Book Awards for Children and Young Adults 2015, and Nga Ki won Te Tohu Taurapa Award in the LIANZA Children's Book Awards 2015 and was selected for the IBBY Honour List in 2016.
Source: Children’s Bookshop, Kilbirnie Webpage
Posted by Unknown at 12:53 No comments: